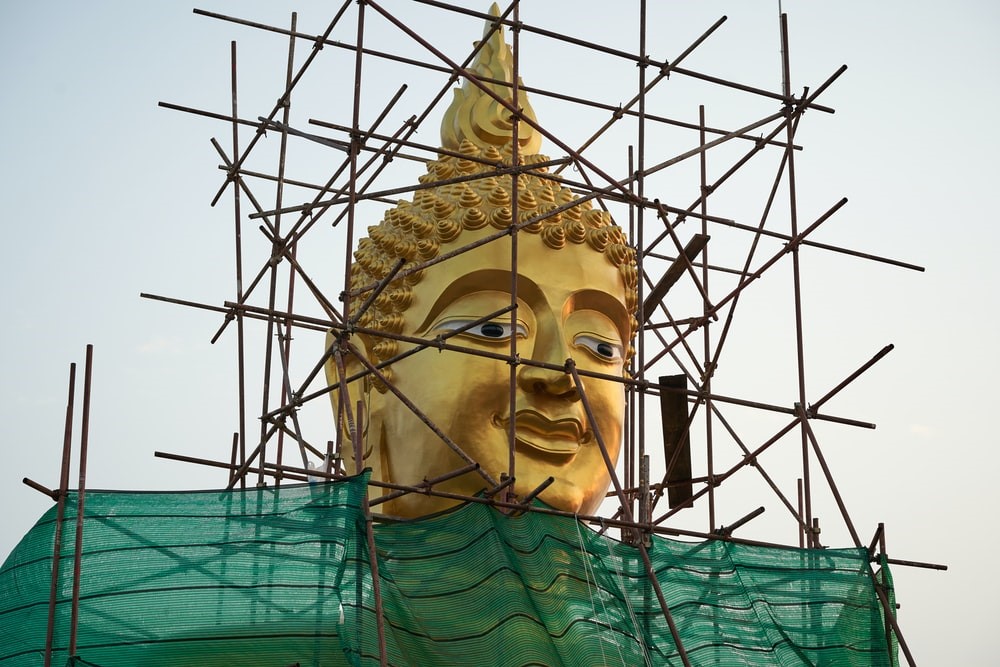 If you’re stuck in trying to make a mid-career change, there are five main limiting beliefs or paradoxes which are usually blocking you.

1. The metaphor inside your head which says ‘take the plunge’

The metaphors we use to describe how we are feeling or what we are thinking of doing, can affect us much more deeply than we imagine.

For instance, a common metaphor which I hear around people who may be contemplating mid-career change is ‘TAKE THE PLUNGE’, ‘MAKE THE LEAP’. 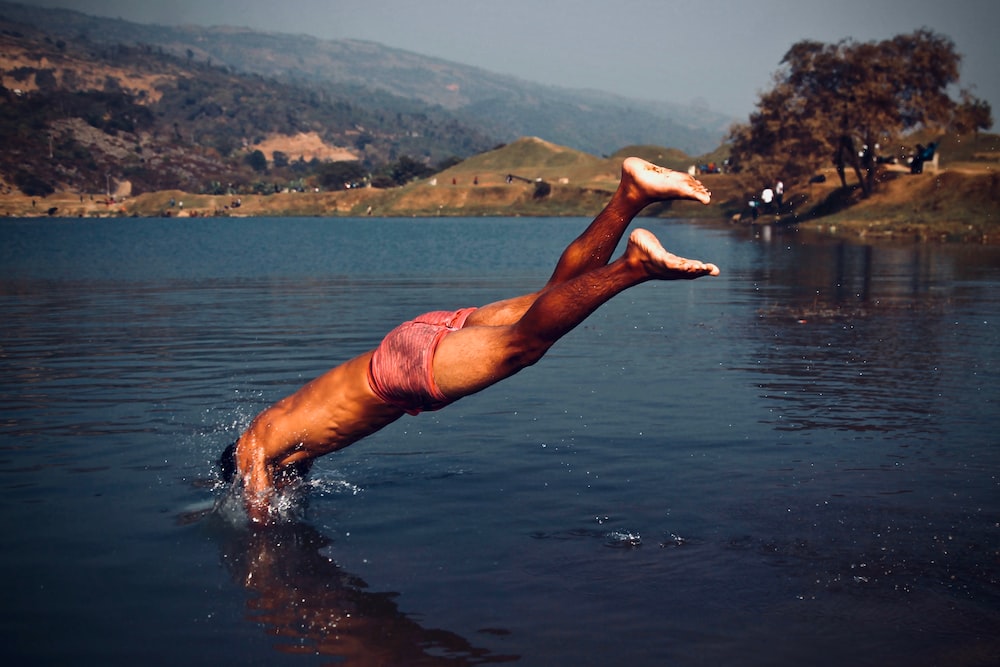 Career change is not about taking the plunge – it is instead, a series of small steps

Plunge, leap – these are words which can evoke fear even though they are not intended to in the way they are used. And can keep you from acting, because there is a mental image of doing something scary which has been painted by these words.

Sure, for some people the leap and plunge are thrilling and exciting. But for many others, the metaphor can keep you stuck when the intent is actually the opposite.

2. Taking a bet on yourself and acting

A study done by Canadian psychologists (Knox & Inkster, 1968) found something intriguing about people at the racetrack: just after placing bets they are much more confident of their horse’s chances of winning than they are right before laying down the bets.

Of course, nothing about the horse’s chances actually shifts; it’s the same horse, on the same track, in the same field; but in the minds of those bettors, its prospects improve significantly once that ticket is bought.

Take a bet on yourself and act

So go ahead, bet on yourself and act. Once you act, the consistency principle kicks in. You will convince yourself that you have made the right choice and feel better about it. You will also be more committed to making this choice work, putting you in a frame of mind to keep trying.

Yes, the actions you take can be crafted as many small steps in the direction you choose. But take a bet on yourself to move in that direction. Once you take a few steps in that direction, you are likely to make it work. Research shows this works (read Herminia Ibarra’s Working Identity).

3. Looking outside instead of inside

The story of many a desired mid-career change can be explained through a popular parable which goes like this.

“One night, a man finds an anxious Mulla Nasruddin down on all fours, searching frantically under a streetlight for something.

“Mulla, what have you lost?” the man asks.

“My key,” Nasrudin says with concern.

“I’ll help you search,” the man says and joins him. Soon both men are down on their knees under the streetlight looking for the lost key.

After some time, the man asks Nasruddin, “Mulla, do you remember where exactly you dropped the key?” Nasruddin points toward the darkness and says “Over there, in my house. I lost the key inside my house…”

Thoroughly exasperated, the man shouts at Nasruddin, “Then why are you searching for the key out here in the street?”

“Because there is more light here than inside my house,” Nasruddin answers nonchalantly.” 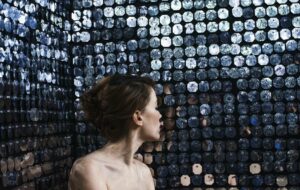 If you are stuck in a career crisis or want to make a mid-career change, like Mulla, are you searching only where there is light? Searching outside for the perfect career change idea, for the perfect opportunity while all the time, the light needs to be shined inside yourself.

It may be darker right now when you start searching inside yourself, but it’s also where you can actually find the key – the key which lies in your true aspirations, values and skills as you thread them into a career narrative and a career dream. And then you materialize this career dream in the form of your mid-career change.

4. Recognizing resistance when it shows up and acknowledging it

At the time of thinking about mid-career change, often resistance kicks in. You may feel the urge to switch towards something which is more meaningful to you and then the familiar monster of resistance raise its head.

Resistance can take many forms, the more common ones seen among mid-career individuals are

a) Packing your life with ‘busy’ness – so you have no time to move towards what inspires you
b) Being a ‘perpetual learner’, where you have scoured the net, self-help books but still can’t get all that great knowledge to help you
c) Not talking about your dreams, because if you do, there’s a tiny chance that you will get moving towards them
d) Knowingly setting yourself up for failure by raising the bar too high right at the outset
e) Complaining of lack of energy, when you also secretly know that change can actually give you more energy, rather than deplete it
f) Living vicariously through supporting other’s dreams
g) Thinking ‘I am not good enough for this’ 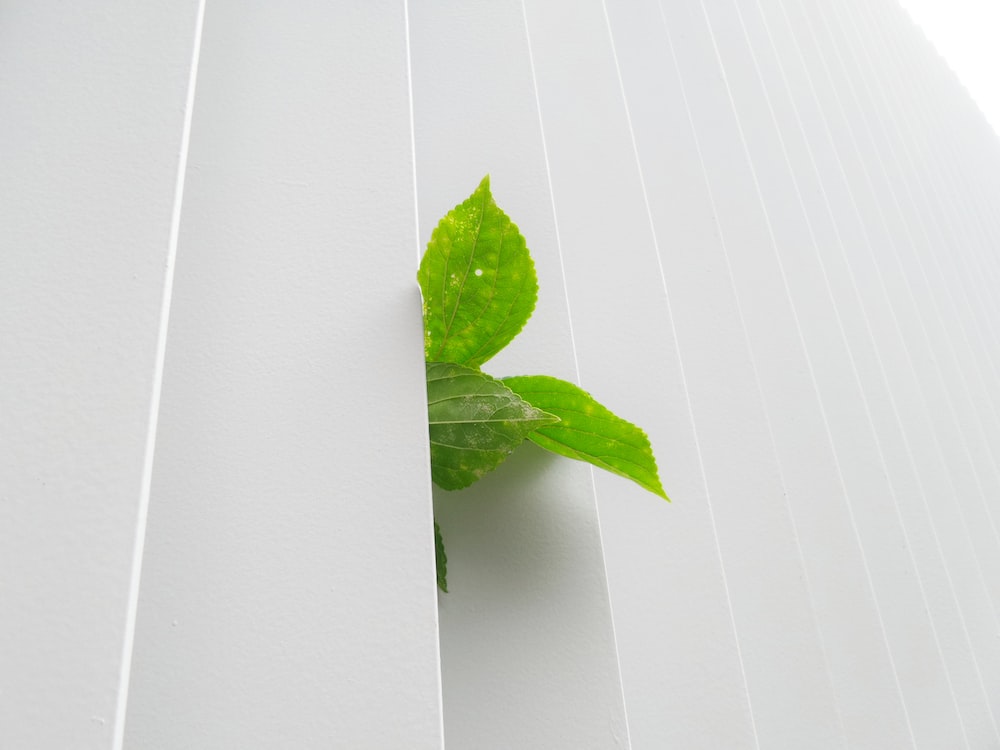 Recognizing resistance and acknowledging it when it shows up, is critical if you want to make a successful mid-career change. Understand that it is par for the course and it can be overcome. Remember “Rule of thumb: the more important a call or action is to our soul’s evolution, the more resistance we will feel toward pursuing it.” – Steven Pressfield, in The War of Art

5. Getting out of the trap created by early career wins?

If you are a mid-career individual, do you find yourself going back to times in your early career when you had some big wins? You believe that what you did then and the skills you used then are your top skills and the pinnacle of your accomplishment. And you want to recreate those situations and the feeling of those wins, even though your professional journey has become much more complex and with many more variables in it.

This is quite common among mid-career individuals. Here are some things to note

– A recognition that with increase in complexity, inter-dependence of people in the system, your wins may not look as BIG and as much YOURS as in your early career.

– It is still important to savour your wins, without comparing them to past big wins, or you may fall into the proverbial mid-career trap.

– By not savouring these wins, you fail to connect with how you are growing and acquiring new skills. And not knowing and owning your growth and new skills story, makes it very hard to develop a strong personal brand.

– Not having a strong personal brand and career story can stall your growth at the mid-career level.

Stop measuring your success by your early big wins. Fast forward to the present. And take concrete actions which can propel you towards career growth and mid-career change by working on your personal and professional brand.

Making a mid-career change isn’t easy but it’s certainly doable. We can support you through our one-to-one and group career change coaching.

In the end, this isn’t just about your career; it’s about your life. It’s about how your work makes you feel as a whole, so obviously it’s very important for you to do something about it.
What limiting beliefs are you going to let go of? What actions are you going to take? Share your thoughts in the comments below.