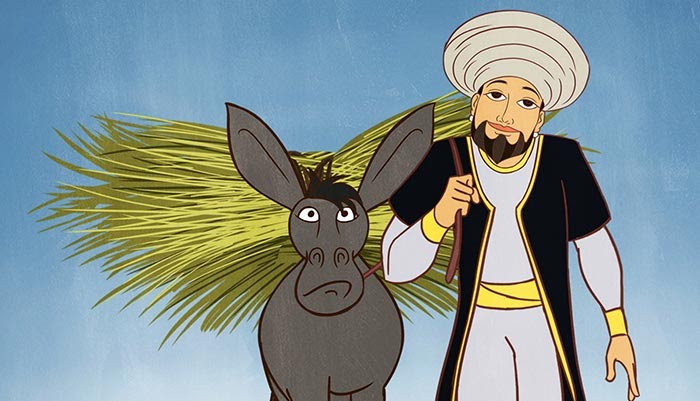 Mulla Nasruddin had a donkey that he hated. So he decided to sell it and get another one and went to the auctioneer in the local market.

Later, that evening, he came home beaming. His wife was surprised to see him so happy and asked, “What’s the matter, did you manage to sell the donkey?”

Nasruddin replied, “You won’t believe what happened today. I had taken the donkey to the auctioneer to sell it. Then I stayed on to collect the money.” As the donkey went up for sale, the auctioneer said, “Take a look at this animal, friends. Have you seen such a healthy animal?”

“Of course it was healthy”, said Nasruddin’s wife. “All it did was eat”

“Then people started bidding for the donkey. Someone was even ready to pay three pieces of gold at the very beginning.”

“I hope someone paid more than that”, grumbled his wife.

“Why wouldn’t they, after all as the auctioneer said, my donkey had long ears, strong legs, good teeth and was quite young.”

“So how much did you get finally?”, asked his wife excitedly. By now she thought someone would have paid at least ten gold pieces for that donkey.

“Oh you should have been there”, said Nasruddin. “People were jostling with each other to buy that donkey. And the price went higher and higher until…”

“Until what?”, shouted his wife, who could hardly contain her excitement

Suddenly she stopped. From the courtyard, she could hear a loud braying that was very familiar. She looked at Nasruddin in horror.

“Until”, he continued with a wide smile, “I bid the highest amount and bought the excellent donkey for thirty gold pieces.”

A light-hearted allegory for what happens to many of us when it comes to mid-career transitions, though our stories might end differently from Mulla Nasruddin’s  🙂

Often, we overuse/narrowly use our skills and potentials in our jobs, to a point where we get fed up with them and can’t see any more good in them. And then we start feeling like Nasruddin felt towards his donkey – the job and everything that goes into it starts feeling dull and useless. We reach a place where we are ready to trade in the donkey that we own for a new one and off we go to the auctioneer.

And this is where things can get interesting. A good auctioneer is able to discover the hidden potential in the object/item for bidding. So where Nasruddin and his wife see a good-for-nothing donkey which eats all day, the auctioneer is able to see the donkey’s strong legs, long ears, good teeth and its youth and health. And the combination of all these makes the donkey potentially very attractive to a number of buyers, who are keen to bid for it.

Working with a coach can help you repurpose your skills and abilities, bringing energy back into your work. 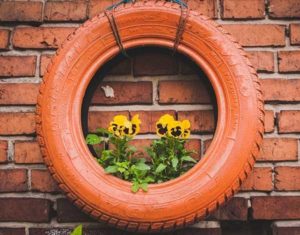 Work with a career coach to repurpose your skills, abilities for a different job

In the eyes of a coach/neutral observer aka the auctioneer (netural is important, unlike Nasruddin and his wife), there is more to the donkey than meets the eye. So also for those who are experiencing fatigue or the lack of challenge/excitement in their jobs at a mid-career stage, a change of perspective can help. Looking at what skills and abilities you have and repurposing them in a different context, can bring a great deal of energy and zing back into how you feel about your work and yourself- and just like Nasruddin bought back his own donkey after rediscovering its qualities, you may find yourselves pleasantly surprised by the ‘new package’ of your own skills and abilities.

So are you ready to rediscover yourselves?